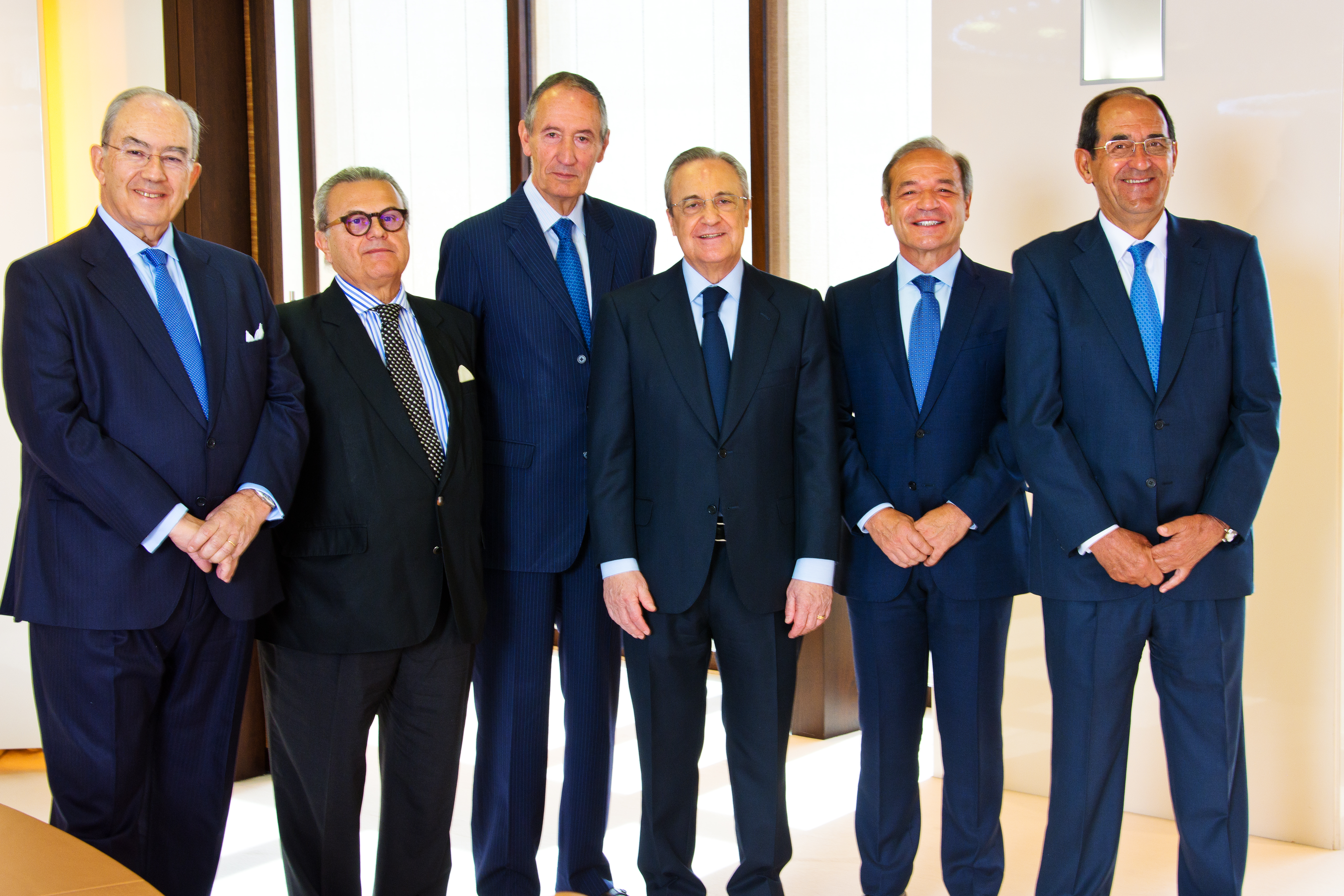 Born in 1947. Civil Engineer
Although Mr. Pérez started his career in the private sector, he held different posts in the Public Administration between 1976 and 1982 when he was Delegate for Sanitation and Environment of the Madrid City Council, General Sub-Director of Promotion of the Centre for the Development of Industrial Technology in the Ministry of Industry and Energy, General Manager of Transport Infrastructures in the Ministry for Transport, as well as Chairman of IRYDA in the Ministry of Agriculture. In 1983, he returned to the private sector as top executive of Construcciones Padrós, S.A., of which he was one of the main shareholders. Since 1993, he has been the Chairman and CEO of the ACS Group, first as the chairman of OCP Construcciones S.A., and since 1997 as the chairman and CEO of the so-called ACS Group.

Born in Oviedo (Asturias), 8 May 1955. Graduated as a Civil Engineer from the Escuela Superior de ICCP de Barcelona [Barcelona School of Engineering].He joined the group in 1987, being appointed general director of OCP Construcciones in 1994. In 1998, he assumed the position of CEO of ACS Proyectos, Obras y Construcciones S.A., and in 2000 he was appointed Chairman of the same.In 2004 he was appointed Chairman and CEO of Dragados, as well as responsible for the Construction area. In 2006, he was appointed Chairman and CEO of ACS Servicios y Concesiones, as well as responsible for the group’s Concessions and Environment areas, a responsibility he held until March 2012. In April 2012, he was appointed to the executive Committee of Hochtief Ag and its Chairman in November of that same year, a position he continues to hold today, and he assumed the responsibility of the HOCHTIEF Asia Pacific Division. From March 2014 to October 2016, he was Chief Executive Officer (CEO) of the CIMIC Company of the Australian HOCHTIEF Group, and has been executive Chairman of CIMIC since June 2014. In May 2017, he was appointed CEO of the ACS group.

Born in 1945. Civil Engineer.
Mr. García started his career in Dragados y Construcciones, S.A. in 1970. After assuming various positions of responsibility in the construction Company, in 1989 he was appointed Regional Manager for Madrid. Then in 1998 he was placed at the head of the Building business and in 2001 he became General Manager of the Industrial and Services Divisions. In 2002 Mr. García was appointed as the Chairman of Grupo Dragados, S.A., and in December 2003 he became the Executive Vice Chairman of the ACS Group.

Born in 1949. Civil Engineer and MBA, University of Dayton
Mr. García started his professional career in the construction sector. He was General Manager of the Instituto Nacional de Industria (INI) and President of Bankers Trust for Spain and Portugal. In 1997 he joined the ACS Group as Corporate General Manager with responsibility over the economic-financial areas, corporate development and affiliates.

Born in 1950. Lawyer and State Attorney
From 1974 until 1983 Mr. del Valle held various positions in the Public Administration and was a member of the Parliament from 1979 to 1982 and Deputy Secretary of the Ministry of Territorial Administration. He has been a member of the Board of Directors of the ACS Group since 1989 and has been the Secretary General to the Board of Directors since 1997

Born in 1947, Industrial Technical Engineer and MBA of Madrid Business School.
Mr. Llorente started his professional career in Cobra Instalaciones y Servicios, S.A. in 1973. After occupying different positions of responsibility, in 1989 was named director of Downtown, in 1998 he was promoted Corporate General Manager and in 2004 General Manager. Currently, he is General Manager of ACS Services, Communications and Energy and responsible for the Industrial Service Area of the Group.